TRURO, NS – Farmers aren’t exactly surprised to learn that they often face the ire of commuters when they need to take their farm equipment onto Nova Scotia’s roads and highways. What does surprise them is the number of motorists who would rather risk their own lives, and the farmers’ lives, rather than slow down.

It’s an issue that Farm Safety Nova Scotia is prioritizing in its latest campaign called, “One Road”. The objective of the campaign is twofold; keep farmers, workers and commuters all safe when farm vehicles are on highways with motorists travelling at high speeds, and making sure farmers/workers are adhering to safe practices when using provincial highways and roadways.

“As we are in the midst of fall harvest season, Nova Scotians are going to see more of our farmers and farm workers out on the roads transporting goods in slow-moving farm equipment,” said Carolyn Van Den Heuvel, manager with Farm Safety Nova Scotia. “This campaign is to remind everyone that we all share the same road, but use it for different purposes. Whether it’s the farmer or the motorist – road safety is everyone’s responsibility.”

Van Den Heuvel makes clear that while their message hopes to create greater awareness and understanding about farm vehicles operating on Nova Scotia’s highways, there is also a key role for farmers and their workers to play in making sure they follow safe practices and vehicle compliance regulations.

Farmers are often traveling short distances on the road; however they are typically only travelling 30 – 40km/hr.  The equipment is wide and can be longer than you expect. When you see a slow-moving vehicle, slow down and use caution.

“Farming is vital to our economy here in Nova Scotia and has been for a long time. People seem to realize and respect this until they find themselves behind a slow-moving tractor on the highway,” said David Newcombe of Cornwallis Farms, “Getting on the road with our equipment is stressful, we know we are holding motorists up, we need motorists to know that we’re just doing our jobs and we want to do them safely.”

The campaign will feature print ads and social media communications over the next few months and is expected to expand in the spring of 2019. 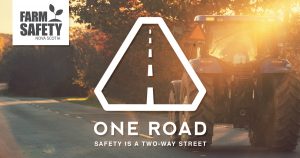 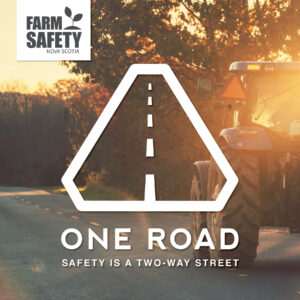